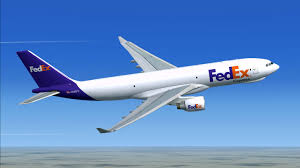 Shuttle or Dual-Hemisphere Stallions are terms used to describe breeding stallions which travel between the Northern and Southern Hemispheres for their respective breeding season. Several questions arise when discussing shuttle stallions and may include: Why do stallion owners incur the costs and risks of sending their stallions thousands of miles away? Does the lack of sexual rest affect their fertility? Is there a way to service mares in a different hemisphere without sending the stallion so many miles away?

Why ship stallions between hemispheres?

Depending on the breed and/or discipline, the typical breeding season in North America is from February 1st – July 31st. Whereas the breeding season for the Southern Hemisphere typically begins August 1st through January 31st. The practice of sending stallions back and forth between hemispheres gained momentum nearly 30 years ago in the Thoroughbred racing industry. Today, many stallions continue to rack up frequent flyer miles due to the fact the Jockey Club does not allow any artificial breeding. Though the majority of shuttle stallions are Thoroughbreds, it is not the only breed flying high in the sky. Stallion owners of other breeds may choose to ship their stallions because they believe there could be a high enough demand that shipping him would be financially worthwhile, the stallion may not have frozen semen in storage or there is no export qualified frozen semen, or it could be part of an agreement with the stallion owner who may live in a foreign country.

Does it affect fertility?

The potential that shuttling stallions may affect fertility is possible because of altered photoperiod, increased yearly book size, increased physical stress of breeding and the stress of transportation. However, two studies have shown that shuttling stallions had no effect on fertility. Pickett and Voss (1988) published a series of papers on "management of Shuttle Stallions". They used the results from 20 stallions that were shuttled from the USA to the Southern Hemisphere compared to those that were not shuttled. The live foal rate was 65% for shuttled stallions compared to 64% for non- shuttled stallions. However, in this study the stallions used in both hemispheres were not the same population as the single hemisphere stallions and the live foaling rate was not a very accurate indicator of fertility. The role of photoperiod in controlling reproduction in stallions has received very little investigation. We do know that a stallion is a long-day breeder and that the seasonal variation in the hormones LH, FSH and testosterone are responsible for changes in the stallion’s sperm output and sexual behavior. It would appear that light is the trigger that leads to heightened reproduction. However, after a period of long days the stallion becomes refractory to the long days and a period of short days is needed to re-set the mechanism. In regard to the shuttle stallions, the primary problem is that we don’t know for sure how many days of exposure to short day length are required before a stallion is once again able to respond to long days.

In a study conducted at Colorado state University, stallions were exposed to one of three treatments. They were either exposed to:

Frozen semen to the rescue!

There are other concerns to consider with regard to shipping the live animal overseas. Prior to freezing or shipping frozen semen, each stallion must also undergo disease testing to ensure he is free of certain diseases before his semen can be shipped overseas. The required testing depends on the importing country’s regulations. This ensures he will not spread infectious diseases through his frozen semen but, more importantly, that he will not contract a disease he could be exposed to had he traveled to a foreign country. Also, the cost to send a shipment of frozen semen overseas is much less expensive compared to shipping the stallion himself.

So, if you are considering sending your stallion to a different hemisphere for a continued breeding season you may wish to contact SBS about the possibility of sending his frozen semen instead so that he can remain at home.

Stallion Owners Should Explore Opportunities in Europe and the Middle East