The Test Freeze - The First Freeze Performed on a Stallion's Semen

Posted by Julie Skaife in The test freeze is the first freeze performed on a stallion when he comes to a Select Breeders Services (SBS) Affiliate Lab to have semen frozen. We primarily have four different semen freezing protocols that we test on each stallion. The differences between each protocol being in either the extender formulation or the rate of cooling. For subsequent freezes we choose the protocol which gives the best results as determined by post-thaw motility. Regardless of the protocol, once the straws of semen reach -120 degrees Celsius in the programmable cell freezer they are then plunged into a bath of liquid nitrogen at -196 degrees Celsius.

Each stallion is an individual with respect to their preference for a protocol. Scientific research has not answered conclusively the question of why a stallion prefers one protocol over another; it is undoubtedly due to a combination of factors including the membrane composition of that stallion’s sperm, the components of his seminal plasma and his inherent ability to withstand semen freezing. However, our experience is that there are definite preferences between stallions as to which procedure will yield the highest post-thaw motility. We can also see trends in extender preference along sire lines.

Here are some commonly asked questions about the test freeze.

What preparation is required prior to a test freeze? Aged, stored sperm in the efferent ducts of the testes and epididymis have reduced longevity and a decreased ability to withstand the cellular stress of cooling or freezing, and therefore post-thaw motility and fertility can be compromised. Thus, we usually perform a series of “clean-out” collections prior to the test freeze. Depletion of aged stored sperm typically requires at least three clean out collections and sometimes more depending upon the individual stallion and how frequently he has recently been bred. Some stallions have a tendency to accumulate sperm in the reproductive ducts and require many more clean outs to acquire good quality sperm. See our Blog article Sperm Accumulation in the Stallion.

Do all stallions have semen that can be frozen?

Not all stallions can be successfully frozen. Our experience within the SBS Affiliate Network indicates that approximately 75% of all stallions with normal initial semen quality produce sperm that are able to withstand the stresses of freezing and thawing, based on the industry standard for commercial distribution of ≥30% post-thaw progressive motility. Paul Loomis and Dr. Jim Graham published results of a retrospective study of records from stallions presented for freezing in which they found that 75 - 85% of stallions presented for a test freeze produced "acceptable" commercial quality semen.

If my stallion cools well, does that mean he will also freeze well?

Not necessarily. Most stallions that cool well can be expected to freeze acceptably but this is not always the case. Occasionally, a very fertile stallion with good cooled semen pregnancy rates will not freeze well. The only way to determine how well a stallion will freeze is to run a test freeze in a series of protocols (different extenders and cooling rates) and perform post-thaw motility analyses to evaluate his freezing potential.

Is there just one procedure to freeze semen?

There are perhaps as many methods to freeze semen as there are clinicians freezing semen and each clinician will often claim to have developed the best protocol. Unfortunately, many of these methods have not been scientifically tested under controlled conditions and because of a lack of internal quality control the protocols are not consistent or repeatable. At SBS we have four different protocols that we evaluate in a test freeze. The difference between each protocol being in either the extender formulation or the rate of cooling; all other aspects of the freezing protocol are maintained the same. In addition, SBS employs a stringent quality control program throughout our affiliate network that is unique to the industry and sets us apart from our competitors. See our blog article, Quality Control is at the Core of the SBS Difference. Some examples of where variation in freezing protocol may occur are as follows: Semen may be frozen in 5ml (macro) or 0.5ml straws (photo top left); in addition some technicians may use cryovials or small packets. In the last 20 years, SBS has opted to use 0.5 mL straws because a more consistent freezing rate within the straw can be achieved, as the straw diameter is considerably less than that of the macro straw. When the freezing rate of all of the sperm within the straw is consistent the overall quality of the semen is maximized once they are thawed and ready for insemination.

One of the greatest sources of variation is the extender formulation despite the fact that all semen extenders contain the same basic key ingredients. Subtle differences exist in the chemical composition and cryoprotective agent used.  Pictured on the left is the Extender Lab at SBS.

Semen can be frozen to varying success across a broad range of cell concentrations. The concentration in which the cells are frozen will also impact the number of straws/dose and/or the total sperm/dose. At SBS each insemination dose consists of 8 straws containing 800 million to one billion total sperm.

Semen can be frozen in a computerized cell freezer (photo bottom right) and different programs can be utilized that vary the rate of cooling. Some technicians may freeze semen over liquid nitrogen vapor in a polystyrene box. At SBS, we use a programmable freezer which offers the significant advantage of being able to reliably control the rate of cooling to an accuracy of 0.1 °C/min. (active cooling). This enables us to design defined and precise freezing protocols that are consistent and repeatable with every freeze. In addition two or more different cooling rates can be incorporated into one freezing protocol. Freezing over vapor (passive cooling) offers limited ability to adjust the rate of cooling and does not have the same repeatability.

My stallion has already been tested elsewhere, do you need to test him again?

Any stallion presented for the first time to an SBS laboratory must undergo a “test freeze” procedure. There are many different ways to freeze semen and other labs outside of the SBS affiliate network have their own methods that use different extenders and processing protocols. See our blog article, Not All Frozen Semen is Created Equally. SBS is the only equine semen freezing company that has created a network of laboratories using standardized freezing protocols that are extensively quality controlled. At SBS, we produce our own proprietary extenders for semen freezing at our central laboratories and distribute them out to each of the affiliate labs. The extenders are produced under strictly controlled conditions in large volume batches, tested extensively and adjusted to ensure that proper osmolarity and pH are maintained. Additionally, all SBS labs use the same methods for analysis and determination of post-thaw quality. Once a test freeze under SBS protocol is performed, those results will be available and utilized at all other SBS affiliate laboratories which are extensively scattered throughout the United States, Europe, and Australia. This means that you can take your stallion to any one of our affiliate laboratories and expect the same semen freezing results as the original test freeze.

How many test freezes do you need to do to determine the best protocol for my stallion?

Following proper depletion collections and evaluation, we generally perform one test freeze procedure, evaluate the results and determine if a second test is warranted. If the two “best” protocols yield similar results we may choose to split the next ejaculate into two fractions to see if there is a significant preference on a second comparison. Also, if the results of the first test indicate marginal or poor results and the owner is agreeable, we may experiment with alternative techniques to try and improve the results. Some low sperm producing stallions will not provide sufficient sperm in an ejaculate to allow the ejaculate to be split into 4 fractions and in these instances may require a second ejaculate to fully evaluate all 4 of our standard protocols. 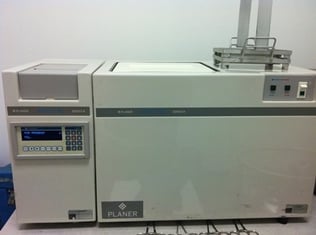 Do you have to do a new test freeze each year?

We normally do not repeat a test freeze from year to year unless we have a new extender or have changed the formulation since the stallion was last with us for freezing. Our experience is that the procedure preference does not change from year to year for a given stallion. Alternatively, if it has been several years since we last froze semen from the stallion, or if he is not responding to freezing as well as on previous occasions, we will repeat the test freeze in case his semen characteristics have changed.

What happens if my stallion did not pass the test freeze?

If your stallion does not produce commercial quality frozen semen (post-thaw progressive motility >30%) with one of the four basic protocols that we normally utilize for a test freeze, then we do have several other options to try. We have additional extenders available for both centrifugation and semen freezing that are particularly well suited to those stallions we consider to be marginal semen freezers. Also there are other semen processing techniques that we can try. So all is not lost if the first test freeze is unsuccessful as we have many other paths to follow.

Occasionally, frozen semen may be produced that is below the minimum threshold of 30% progressive motility. If the progressive post-thaw motility is 25-30% we may be able to manage this semen to obtain pregnancies by adjusting the total number of sperm in the breeding dose. However, we always recommend confirming fertility by test breeding before considering commercial distribution. See our Blog article Test Breeding as an Aid to Marketing Frozen Semen. Frozen semen with a post thaw progressive motility of <20% we recommend reserving for use on your own mares. See FAQ: Can you get a mare in foal with semen less than 30% progressive?

If my stallion did not pass the test freeze is it worth trying again?

Absolutely! There may be many reasons for why the results of a test freeze were not ideal at that point in time. Perhaps the stallion came straight from the competition circuit and there are still some residual drugs or medications in his system, maybe he had an undetected fever or testicular trauma prior to semen collection that affected his semen quality, maybe he is still too young and semen quality will improve as he matures. Also, the quality of semen from some stallions, and therefore their freezability, may be dramatically affected by season.  For example, if a test freeze was performed in late summer the semen quality may have been affected by heat stress.  Thus, it may be advisable to wait 2 -3 months to repeat the evaulation when the heat stress is removed. Furthermore, new advances are occurring all the time in extender formulations and processing techniques that might make a difference the next time. For example, we had one stallion return to us every year for four years and finally on the 4th year we were able to produce commercial quality frozen semen. So it is always worth trying again at some point in the future.

If you are interested in bringing your stallion to a Select Breeders Services Affiliate Lab for test freezing please visit the Find An SBS Lab page to find the affiliate lab nearest you or call (410) 885-3202 for more info.