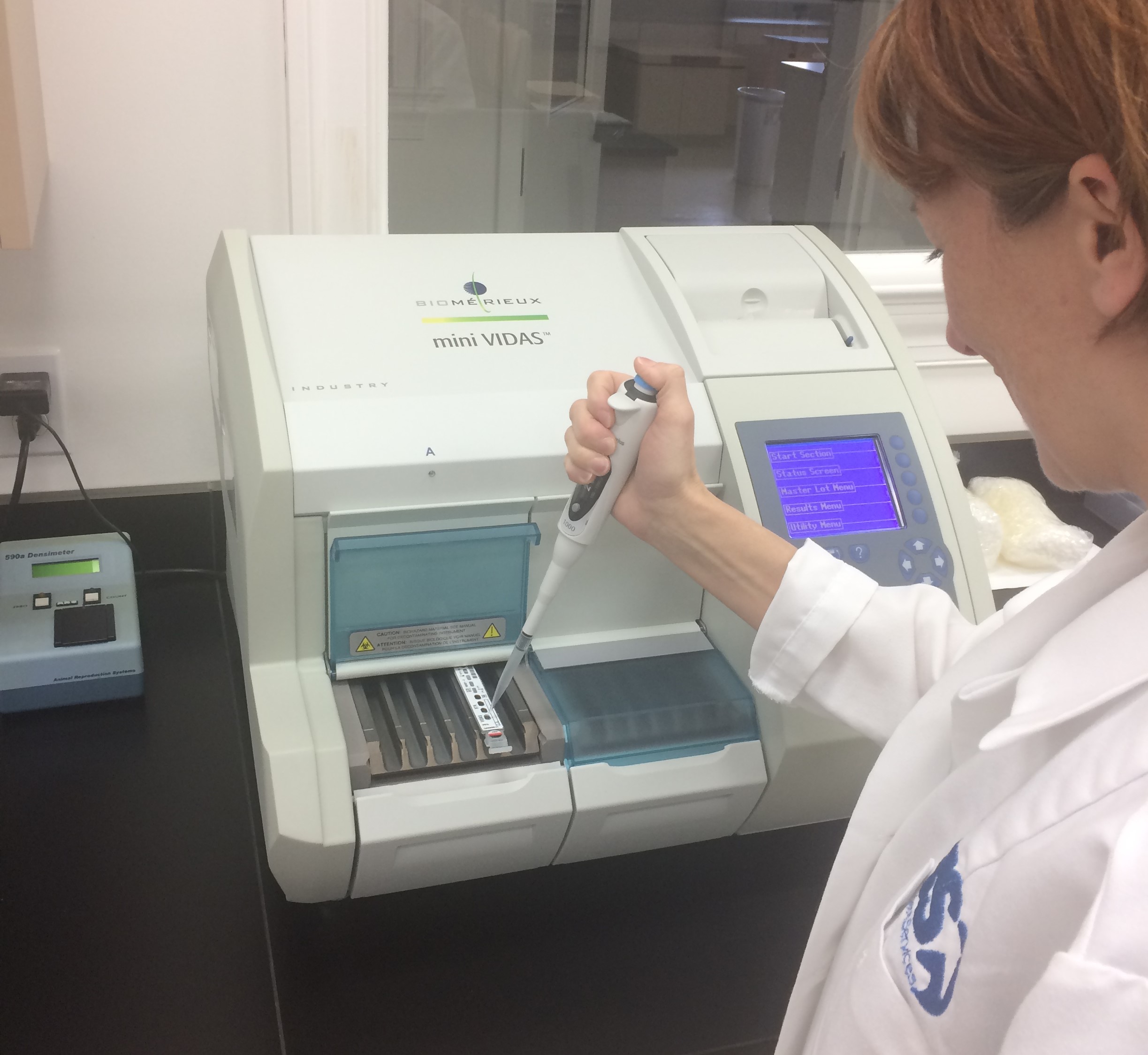 Endocrine diagnostics certainly have a place in the routine management of mares and stallions as well as in diagnosis of problems and diseases. However, there are likely more applications for measuring hormones in mares than stallions. Dr. Ed Squires will discuss the hormones tested in mares in this article and will then cover the testing of stallion hormones in a subsequent article.

Progesterone (P4) is the hormone most often measured in the mare. The reason for measuring the levels of P4 (photo left is instrument used at SBS-VS) might include: 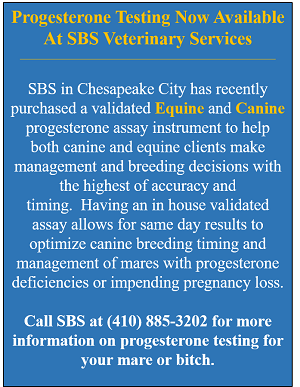 Thus, in early to mid- gestation when only progesterone is present from the CL’s measurement of progesterone is straight forward. However, when blood samples are taken from pregnant mares in late gestation and submitted for analysis the values can be quite variable depending on the assay. Workers at the Gluck Center, University of Kentucky, recently compared the values obtained from four progesterone assays. During the 18 days prior to parturition the values from the 4 assays provided similar profiles but the actual level varied from 1 to over 100 ng/ml of blood.

Here is some take home message:

Granulosa cell tumors (GCT) are the most common tumor in mares. Early diagnosis is important in order to confirm the presence of GCT since the only effective treatment is removal of the tumor. In the past, the endocrine diagnosis was based primarily on measuring inhibin and testosterone. However, anti-mullerin hormone (AMH) has been shown to provide a sensitivity of 98% versus only 80 % for inhibin, 48 % for testosterone and 84 % for inhibin and testosterone together. The University of California Davis routinely runs AMH levels for mares suspected to have GCT.

One other hormone that is often measured in mid-late gestation is total estradiol including estrone sulfate. Low levels of these estrogens have been suggested to indicate a problem with fetal viability. 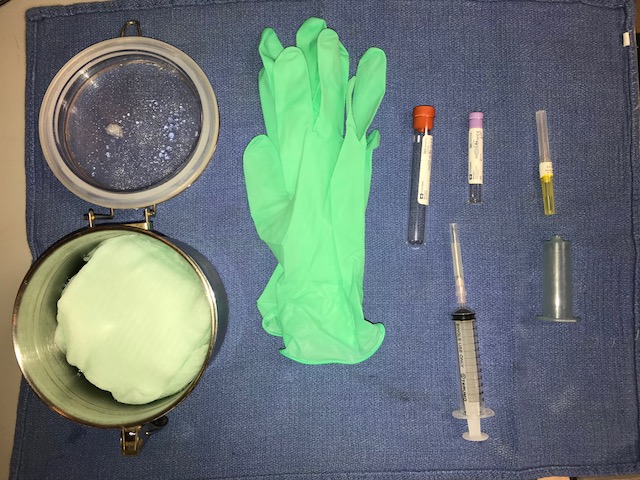 A hormone produced from the endometrial cups of the pregnant mare, eCG, is known to be involved in stimulating P4 production from the primary CL and inducing the formation of additional CL’s in pregnancies (secondary CL’s). Prior to ultrasound, measurement of eCG (days 50- 100) was used as an indication of pregnancy. More recently, eCG is measured in mares thought to retain endometrial cups after fetal loss. Retained endometrial cups are thought to secrete eCG and prevent the mare from cycling after abortion.

Some of the other hormones measured in mares are cortisol, ACTH, insulin which can be altered in mares with Equine Cushing syndrome and Equine Metabolic syndrome.

Oxytocin Use in the Mare

Endocrine Diagnosis of Infertility in the Stallion